What Are "Nano-Influencers" and Why You Should Care 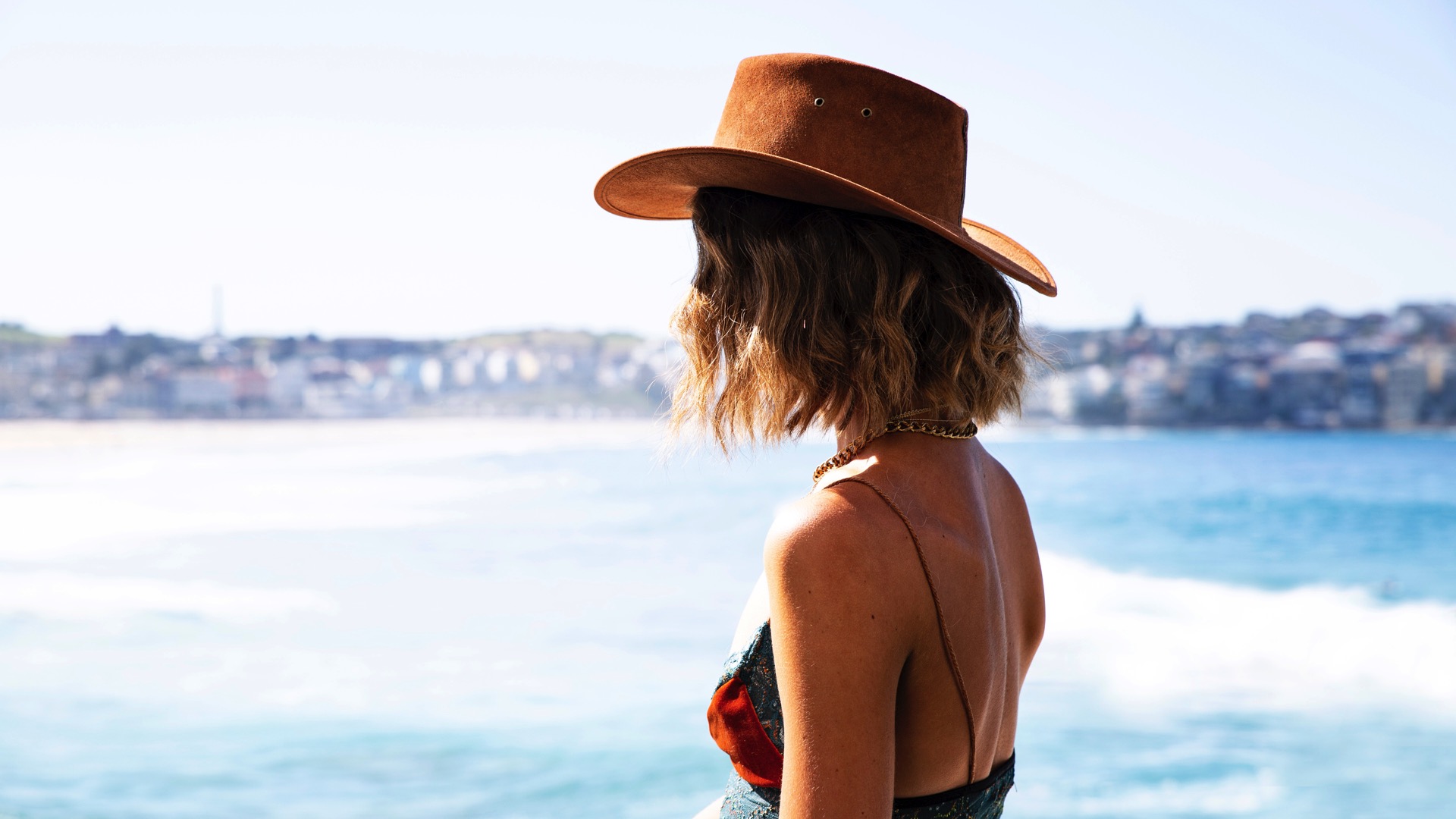 Not all brands have yet fully discovered the advantages of working with micro-influencers, while industry innovators are actively collaborating with nano-influencers.

Today it is commonly thought that a big number of followers means there is an actual influence on people.

However, a word from a small influencer can have a much bigger impact than one who has hundreds of thousands of followers.

This may sound quite surprising, right?

There is a new trend of collaborating with nano-influencers for the exact same reason: their high impact on their audience.

What are nano influencers?

Nano-influencers — are Instagram users who have between 1,000 and 5,000 followers.

Their accounts are neither glamorous nor polished, photos are neither posed nor retouched with dozens of filters. They give the feeling of being a “guy next door.”

Leading brands have learned the value of this new trend and have already included nano-influencers into their marketing strategy. Among them are Remington, Always, and Gillette Venus.

1000 followers are the starting point for most brands to start a collaboration with an influencer.

However, we’ve noticed that in small countries like Lithuania, Estonia, and Latvia brands and agencies may start to collaborate with an influencer who has as few as 600 followers.

Why you should work with nano-influencers

There are plenty of benefits that you can get from working with this group of creators. Let’s focus on the top six.

1. They have closer relationships with their audience

Nano-influencers have stronger connections with their audience.

They have established a good dialogue with them and one-on-one communication, which is much more intimate and engaging.

Nano-influencers are more likely to answer almost every comment, moreover, they don’t just give a catchphrase but provide a quite meaningful answer or ask a question in return to understand their followers better.

They really talk to their audience using comments on their posts, they know the most loyal followers and love to interact with them.

As a result, these connections lead to higher engagement and trust from the audience

2. Their engagement rate is much higher

According to the recent State of Influencer Marketing 2019 by HypeAuditor, the engagement rate of nano-influencers is twice as high as that of other groups of influencers.

Engagement rate has a huge impact on reach, the higher the ER the more an influencer’s followers will see a sponsored post.

That means that they have higher reachability, thus the cost per impression and engagement would be much lower.

A nano-influencer is almost considered a friend by most of their followers. A recent study revealed, that, if a decision requires a rather small investment of time, money, or effort (retail, restaurants, travel services, etc.), we tend to trust our friends more.

These creators are more careful about choosing a product or service for advertisement because they don’t want to disappoint and lose the audience’s trust.

This gives a huge advantage — your product will get an endorsement from an audience because of an established trust towards the influencer with whom you have decided to collaborate.

4. Nano-influencers are more relevant for your brand

Most nano-influencers tend to make their content more niche and category-specific.

This is why the use of nano-influencers allows brands to reach different segments and better position their products.

You can make your advertisements more unique and relevant to each of these segments by targeting the right creators along with preparing original content.

Besides, it’s a good way to test your product or services in a new niche, as the audience reacts and nano-influencer can also predict potential feedback.

Possibly there is a Blue Ocean out there where you can open up a new market space and create new demand.

Vivi is adept at zero waste living and in her blog, she shares insights on how to reduce the amount of waste in our lives.

This topic is very niche and narrow, you probably don’t find a lot of influencers who work on this theme, especially big influencers, with hundreds of thousands of followers.

If you are an eco-friendly brand and your values are the same as Vivi’s, then she is a perfect match for you.

5. They can give you a competitive edge

Brands tend to underestimate the power of an influencer with a small audience. For you, this strategy could be a real edge over your competition.

Nano-influencers occupy an uncontested space at the moment.
In most cases, you won’t find any ads from your competition on a nano-influencer’s Instagram account. Probably, your sponsored post will be the first advertisement on their account.

Keep in mind, that these influencers need more control and help from your side, they are newbies in advertising, so they need your advice.

Give them a detailed brief, but do not fetter them with strict requirements regarding their way of communicating with their audience. The followers will immediately notice that their posts are false and unnatural.

On the other hand, it’s a chance for you to grow a perfect army of ambassadors for your brand. Nano-influencers are growing faster than other groups of creators.

They don’t have many requests from brands and are happy to talk about you in exchange for your product or service.

According to SocialPubli, only 44% of small influencers prefer monetary compensations.

This data is confirmed by our own quick research. Most of the #ad posts that we find on nano-influencer’s accounts were marked as gifted collaboration.

There is one more financial benefit, you can use content generated by nano-influencers on your own social media or website.

Make sure to include this in the contract.

Nano-influencers are the best choice for startups and small businesses or for those who want to scale their presence on the market with a limited budget.

If you work only with big influencers, you can’t scale your reach infinitely. Only with micro and nano-influencers, can you scale up the content.

With nano-influencers, you can segment the market and personalize your campaigns better.

This strategy is more efficient when you are limited on time and budget.

It also reduces risks and losses of an unsuccessful or ineffective marketing campaign.

When you divide the audience based on key characteristics and personalize your strategies based on that information, there is a much higher chance for success than if you were to create a generic influencer marketing campaign and try to implement it across all influencers.

Now, let’s be realistic, working with nano-influencers is not all positive.

Cons you should know about

Nano influencers more often than other groups of creators use comments pods (engagement groups) to boost their engagement.

Nevertheless, if you make a decision whether to work with an influencer based on comments, bear this in mind.

Nano-influencers are very similar to micro-influencers. However, they stand out from the rest with one word: “better” — better connections, better engagement, and better ROI.

To calculate the average price per engagement we proceeded from the fact that influencers usually ask about $10 for 1,000 followers.

All of the above should allow you to conclude that nano-influencers are more than twice as cost-effective.

A powerful and cost-effective strategy

Fortunately, the era when brands were mainly looking only at the count of followers seems to be fading away.

Today influencer marketing specialists are looking for creators who have an individual approach and are trusted by their audience.

Nano-influencers are a combination of both, which makes them ideal partners.

They are fully dedicated to what they do and are open to advocating for things in which they believe.

Nano-influencers will grow with your brand, you can hire them at the beginning of their journey and help them become a highly-influential ambassador for your brand. 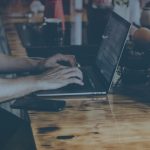 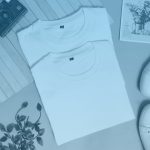 What Is Print on Demand, and How Can Marketers Take Advantage of It? 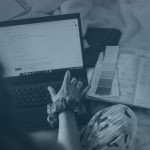 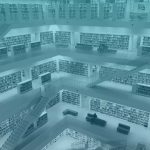 The Best CRM Software for Every Type of Business 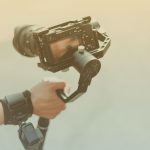 Creative Brand Youtube Ads: Why and How They Work 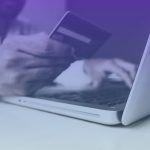